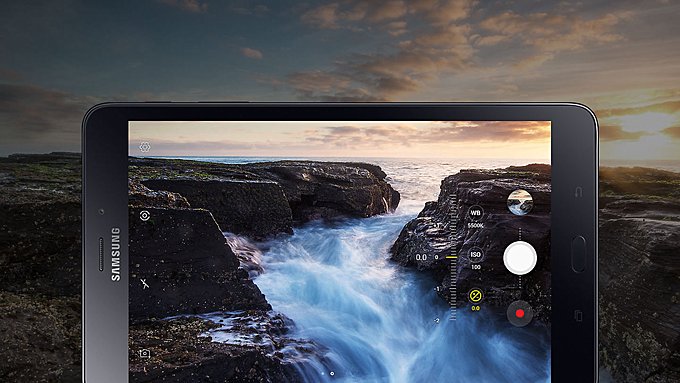 Yet again we have another Samsung Galaxy Series tablet in our hands, this time its the Galaxy Tab A (2017) model. The world’s most smartphone makers every year, now looks to conquer the tablets world by introducing new ones regularly in the market. This happens today as the Korean largest phone makers have announced yet another Galaxy series tablet with yet another long confusing name the Samsung Galaxy Tab A 8.0 (2017). You might think what to remember in this multi word name, don’t worry its the 8.0 which is unique number to be seen with any tablet name and yes it stands for the screen size of this Galaxy Tab A(2017) tablet.

Today we got the opportunity to get over hands on this uniquely designed tablet which has the features of Microsoft Surface Pro 4 tablet and the looks and feels of Apple’s iPad with retina display. So we can assure you that this is the best tablet among the sea of Samsung Tablets that you will probably want to have in your gadgets collection.

Beside the best looking display the Samsung Galaxy Tab A (2017) has much more to offer, with the most powerful performance sheet the device looks make it even more demanding as compared to other Galaxy Tab J devices. We will let you know all about this tablet and let you decide is this new promising  Tablet from Samsung is really an iPad killer or Not. 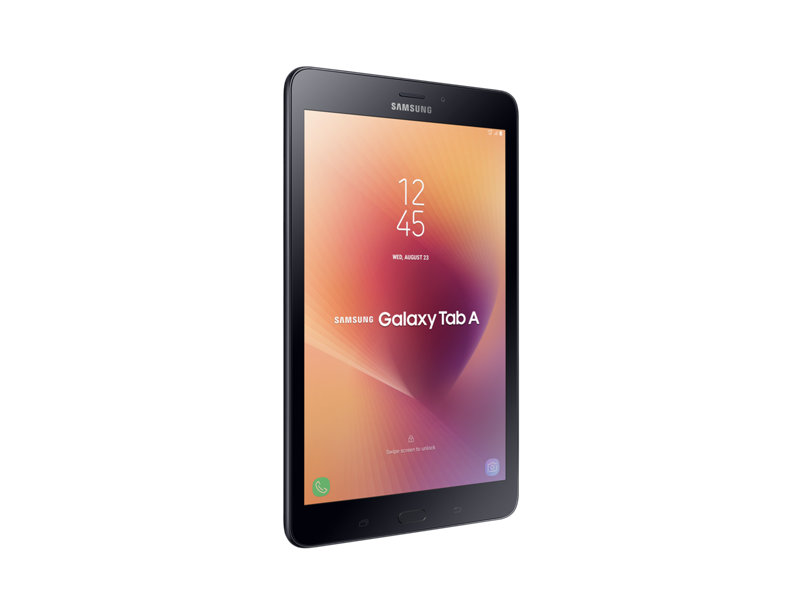 First of all we will talk about the display which is the first thing you will notice when ever you hold a tablet in your hand. The Samsung Galaxy Tab A (2017) has an obvious screen with the size of 8.0 inches made with the super AMOLED technology and has the best color reproduction among the Samsung tablets. It seems like the Samsung has jumped a leap forward in making new displays for its devices.

With the Screen resolution of 800 x 1280 pixels with 189 ppi pixels density the Galaxy Tab A has one of the best and high resolution screens among other Samsung tablets. The traditional Super AMOLED technology depicting superior black level and higher contrast, The screen looks more brighter and colors looks better. However the old PenTile display technology used in the display makes it less sharp then the same LCD screens used by other tablet makers. But still the introduction of Adaptive display features the screen can automatically adjust the white balance with the respect of the light in the surroundings.

Design and Looks of the Galaxy Tab A 8.0:

A bit traditional Galaxy Series design but still some new added features makes it a better Galaxy Series tablet. The design seems to be inherited from the Galaxy A series smartphone as this is the current trade in show of the Samsung devices, so we can expect more devices with such design to follow the suit. Talking of the Galaxy Tab A 8.0, the back of the device has that pleasant soft touchy dimple rear and is made with real metal. Yes real Metal has jumped in to the Samsung devices as well. 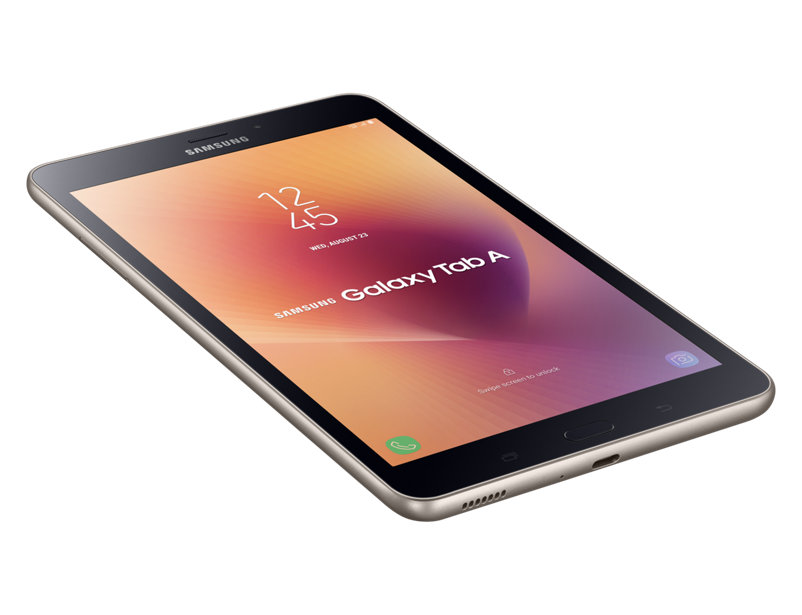 This new metal covered curves make the Galaxy Tab A even more classier and comfortable to hold. The use of best designed metal the Samsung Galaxy A Tab is much thinner and lighter as expected from the Samsung gadgets. The weight of the device is just 364 grams while its only 8.35 mm thick around the sides and has dimensions of 212.1 x 124.1 x 8.9 mm. This makes it the best designed tablet ever announced by Samsung so far and YES you can compare it with the state of the art designed Apple’s iPad Air !

Now after talking about the impressive new screen and metallic design of the tab we jump inside the device to check out what is under the hood in this new tablet by Samsung.

So the news is that this time Samsung has made two variants of the tablet on the basis of the processor it will have chipped in. It depend on the region of the user, either they will have the Qualcomm MSM8917 Snapdragon 425 processor powered tablet or the one with the Quad-core 1.4 GHz Cortex-A53 series processors. Though there isn’t much difference in both the above mentioned processors but still the Samsung’s very own Exynos used to have better performance scores then the Snapdragon 800 series processor. 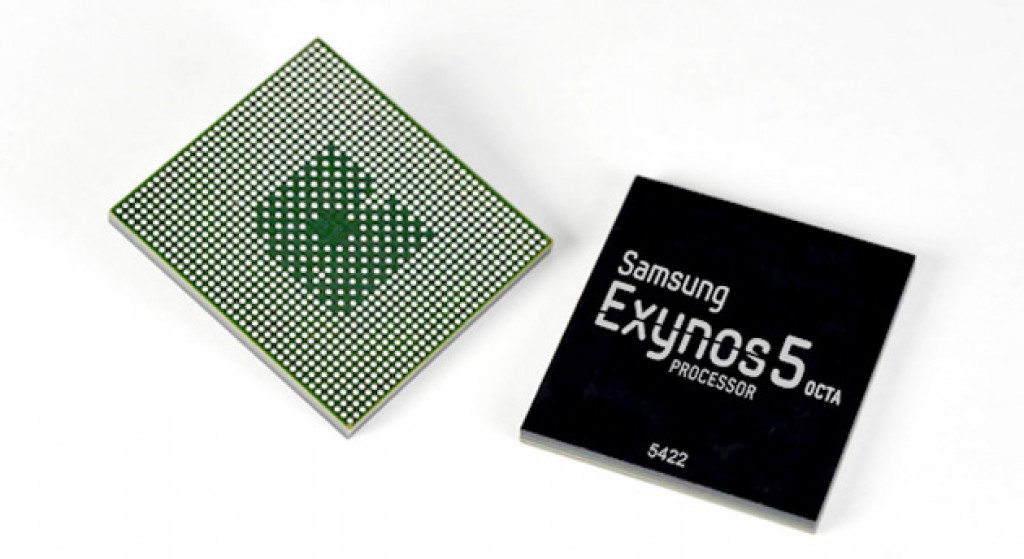 Which ever processor is their inside the Galaxy A Tab, it will be supported with 2 GB of RAM which is more then enough to run any type of games or apps without any lag or flaw from the ones available in the store. The only variant of the device comes with a 16 GB of internal space. If you think this is not enough space for a tablet then the surprising package loaded in the device is that the tablet will support microSD cards as there is a slot at the side of the device and that can accumulate cards up to 256 GB of capacity. So you wont have to get worry about the space for your games and apps. You can even dump a lot of HD songs and movies in it too.

With the non removable huge battery of 5,000mAh capacity the Samsung Galaxy Tab A 2017 can run up to 11 hours of HD video playback in single charge as claimed by Samsung, which is quite impressive as compared to the High End tablets available in the market currently. The Galaxy Tab A also includes the latest Bluetooth v4.0, A2DP and a FM radio, RDS.

The best thing about this version of the Galaxy A series tablet is that it runs the latest Android 7.1 Nougat loaded with the Samsung’s very own TouchWiz User Interface which is mostly found in the Samsung devices. As the previous tablets the Galaxy Tab A has the same tendency to run two application live on the screen with the split screen interface, the feature introduced in Galaxy Note series tablets lately. Beside this the new version of SideSync 3.0 added in the TouchWiz UI makes you take calls from your phone on your tablets via the Wi-Fi Direct. 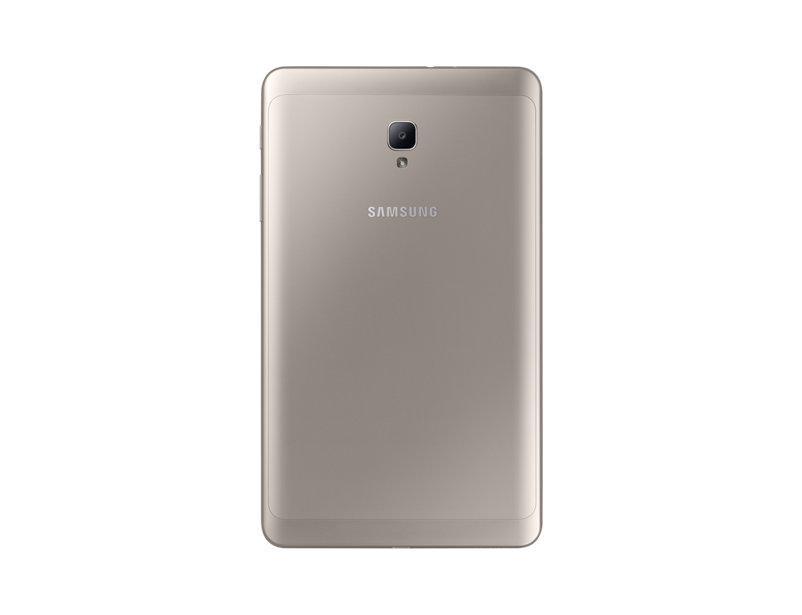 The Galaxy Tab A has the best camera attached to the back of it which has an 8 Megapixel sensor and the best image stabilization features added along with the LED Flash to help you get best images in the low light as well. The image lens used in the making of this camera has been seen in many Samsung Galaxy Series smartphones with the 8 mp camera lens able to shoot Full-HD 1080p videos and can capture some stunning images. Beside this there is yet another 5 megapixel  front camera available capable of shooting 720p HD videos quite reliable for crystal clear video calls or to shoot some awesome selfies.

The Galaxy Tab A 8.0 is expected to be released to the European markets by the start of September 2017, Which is a couple of weeks from now.  However there are no signs of any price tags to be shown this early for such a promising tablet and its is expected to launch later this September for 250 Euros .

Now adding the last words we are quite sure that this Samsung Galaxy Tab A 8.0 (2017) will be the best available Samsung tablet in the market with the new great metallic finished back and the redefined design. But beside this it own the best high end specs sheet found in most recent announced tablets in the market. So we can say that Yes its a competitor of the Apple’s most sold iPad Air.