There comes a new week with a new story about the thermonuclear war raging between Apple and Samsung. For now both companies have obtained similar results in the various courts of the world, but that has not stopped yet, the battle still continues about who is spying on whose products. Today we saw another interesting chapter of the great struggle which if get correct that will be a great blow to South Korean electronics giant Samsung.

Apparently, a judge of the International Trade Commission (ITC) has ruled that Samsung infringed a key patent from  the Apple’s development including some interesting  aspects such as selecting text and some buttons translucent.  Apparently the ruling seems to be only  preliminary, but if it get confirmed, Samsung could be facing another ban to sell some of their products on American soil. That can make a huge blow to the sales of their products which will strongly effect their fast growing progress in U.S. 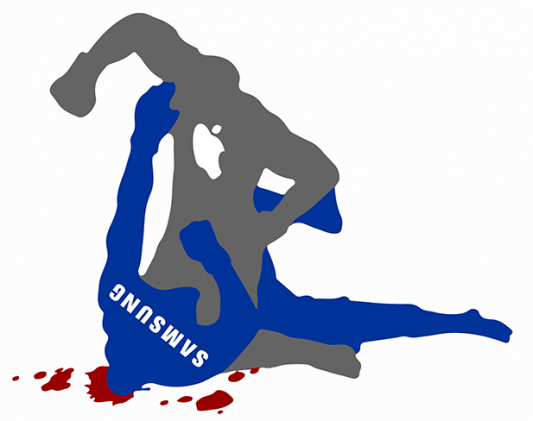 Samsung could face a ban on the sale of some of its products in the U.S. Apple for patent infringement.

This would be the result of a complaint lodged by Apple in mid-2011 at the ITC which initially included 7 patents. Samsung was convicted of raping four of them, but Apple called back to check those who had been excluded. The result of this review is the new interim verdict, which was issued on March 26 but had been hidden until now.

So Reuters has reported on the decision issued by the judge:

“Samsung Electronics Co Ltd infringed a key part of Apple’s patents, including a text selection feature for their smartphones and tablets. […] If confirmed, the ITC can force exclude any selling infringing products in the United States. Apple claimed that devices like the Nexus, Galaxy Samsung Transform or are some of those made with the violation. “

The patent in question is referred to herself as a “method for providing translucent images on a computer screen”, and features that appear to infringe Samsung are the selection of text in your browser buttons and photo gallery.

Still have to wait for a final verdict, but it seems that  Samsung can do further appeal but it will not be enough to prevent further bans face of its products in the United States.

We must get used to new chapters like these from time to time, the frontline between the two companies is still very active, and as the two try to deal a blow to rival is quite necessary to gain some sympathies and attract some new consumers.