Samsung Electronics  the world’s top smartphone maker, is likely to see another record for smartphone sales in the first quarter despite seasonally low demand, a report showed Wednesday.

Samsung Electronics has sold an estimated 25 million smartphones each month this year, which is expected to drive its quarterly sales to over 70 million units, according to the report by Hong Kong-based market researcher Counterpoint Research. The South Korean manufacturer continued to dominate the global smartphone market with its market share in the first two months of the year standing at 35 percent, compared with 32 percent in the fourth quarter of 2012. Meanwhile, Apple Inc. and LG Electronics Inc. also saw their market shares increase in the January-February period from the final quarter of last year.  Apple’s market share reached 21 percent, up from 17 percent, while LG Electronics’ market share stood at 4.3 percent, up from 4 percent, according to the report. 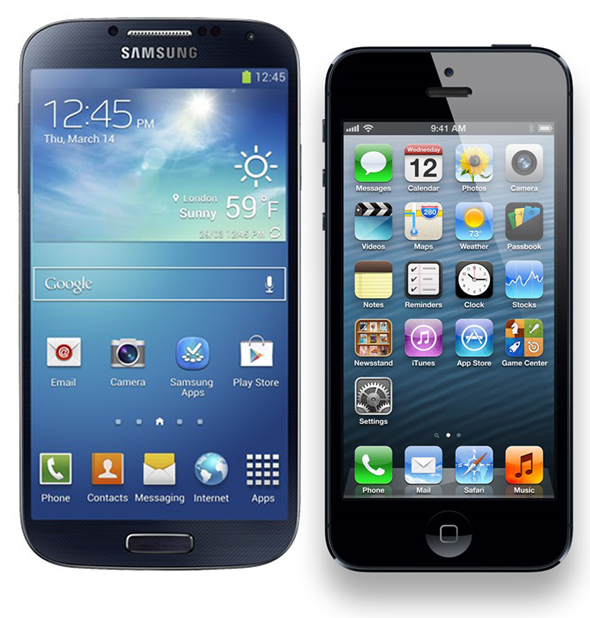 Samsung is also quite eager to boost its Samsung Galaxy S4 Sales and set a target of 4o million sales in the first  months. They had a chance too reach their target as other Smartphone manufacturers are still busy in designing their devices. To cope with the demand and supply ratio Samsung has decided to boost up productions with packing Qualcomm Snapdragon 600 CPU’s as the Official Exynos 5 Octa processors will take longer in production.

Samsung also have Galaxy Note 3 and the Galaxy S4 Mini devices in the pipe line which are going to be announced later in 2nd quarter. So Samsung  still have the chance to keep up it’s title of most Smartphone seller company.