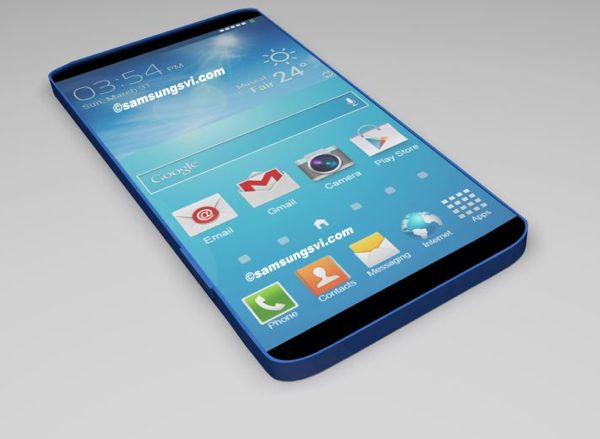 There are lot of rumours that the future Samsung flagship device, The Galaxy S5 will release earlier next year as many reports suggests that Samsung is looking to announce the device in February. As the time closes more reports about the specs and hardware bound to leak.
A renowned Korean news agency DDaily has reported that Samsung is currently started making 5.25 inched Display that have a resolution of 2560 x 1440 p. Such massive production of this high resolution displays shows that Samsung is ready to use it in one of it’s high end devices and that is surely it’s upcoming flagship device the Galaxy S5.

The recent Galaxy S4 device has a 4.99 Inch display with the Full HD 1080p resolution, but this Future Samsung Galaxy S5  will come up with the 2K display. Previously Samsung has made same changes in its Galaxy Note series with some minor increase in the screen size of the Galaxy Note 3 as compared to  the previous Note 2.

The new Samsung Galaxy S5 is expected to have the 64-bit version processor with the modern Octa-Core processing technology. Beside this a Snapdragon 800 processor is also expected inside the device supported with 3GB of RAM and likely to have the same 13 megapixel camera though there is no hopes for the OIS feature in the camera.

We hope to see some new features in the Galaxy S5 too.