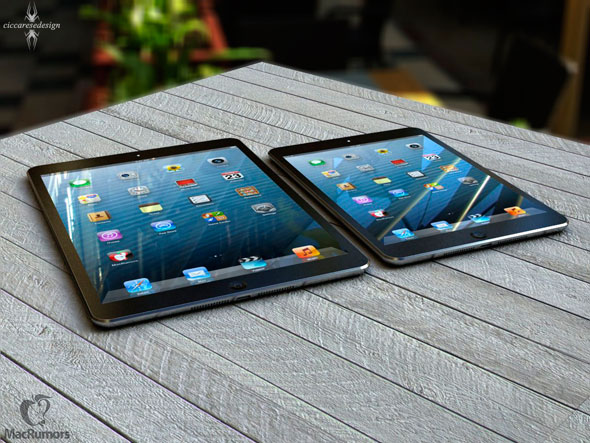 A few days ago we mentioned a case for the iPad 5 . Thanks to the source we have the confirm news that Apple’s next tablet will be iPad 5 with a display of 9.7 inch. It will be much more thinner and lighter than the current New iPad. The 3D rendered images of the concept has always been a quite close to the real device Apple makes. Just imagine the reports and conceptual rendered images of iPhone 5 starts surfacing the web in May last year while the Actual device was announced in September but there was no difference in those 3s Rendered images and the original iPhone 5.

AppleInsider have published the facts with the slimmer and lighter look of Apple’s next iPad as suggested by a renowned Apple Analyst Kuo. The website quoted him saying, “We believe the tablet will have between 7.5 to 8.0 mm thick, will be 15% thinner than the iPad in April.”

The iPad 5 could be thinner and lighter thanks to technological improvements:

The new GF2 screen technology is also allegedly involved in the reduction of the thickness of the device. This technology is currently being used in the iPod touch 5th generation which helps in reducing the thickness and to some extent also helped in reducing energy consumption of the device. The analysis also present this as an achievement because the consumption of lower energy means extending the life of the battery. Apple could reduce the size of the battery between 25 and 30%. Compared to the current battery, the mean reduction from 3 to 2 step cells that will help in the decrease in component thickness between 15 and 20%. Which will directly affect the overall reduction in the thickness of the device.

Also mentioned in the report that Apple  likely to change the aesthetic of the new iPad 5. The rumors in recent months say the next iPad will have a full screen design similar to the iPad Mini . This would translate into thinner frames and more curved casing, something that would make the design of the two versions of iPad a bit more similar.

On the inside, Apple is still relying on Samsung as they are manufacturing new A7 SoC (system on chip) processor for the future iPad 5. This Processor is manufactured using 28 nanometer technology. Another component that would help improve the efficiency and increase the processing capacity of the device. 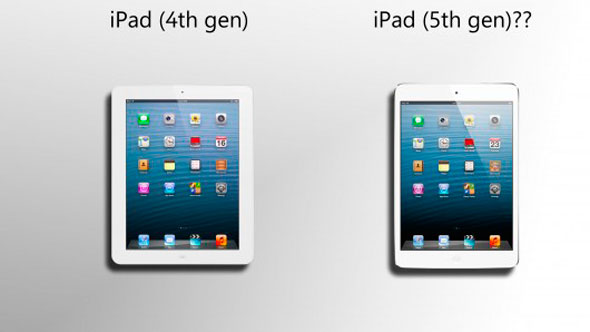 The analysis also discusses the possible device camera. It is believed that the next iPad could retain 5 megapixel camera of the current model in the back and FaceTime HD camera on the front. Another important point is the weight of the device. Thanks to the changes that are expected to be made  in the Apple’s next iPad, the weight could be reduced to 500 grams , That will be 150 grams less than the current version of the tablet. The device shipment is expected to begin sometime between August and September.

Anyways keep in touch with us we will bring you more news about the iPad 5. Meanwhile here are the images of all the Alleged iPad 5 leaked in recent days. 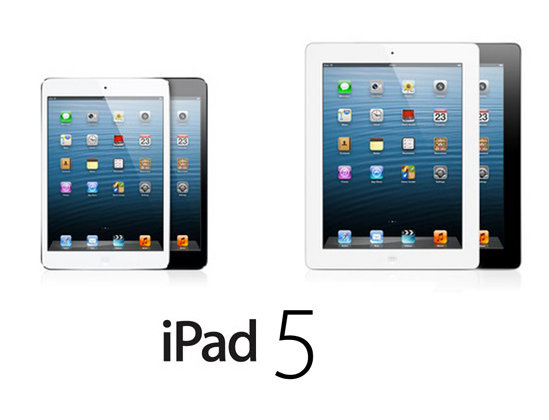 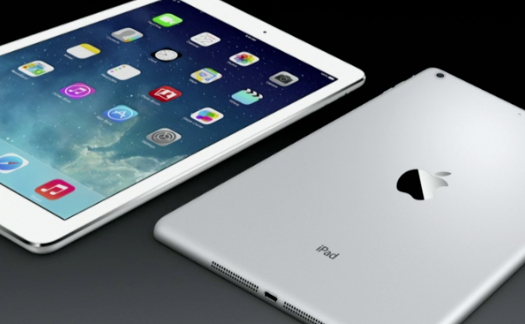 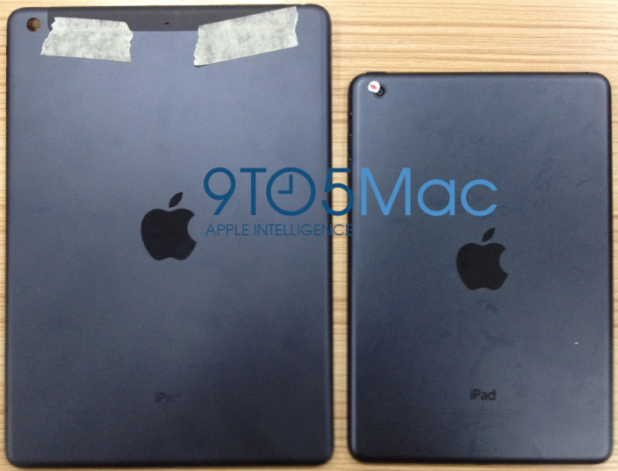