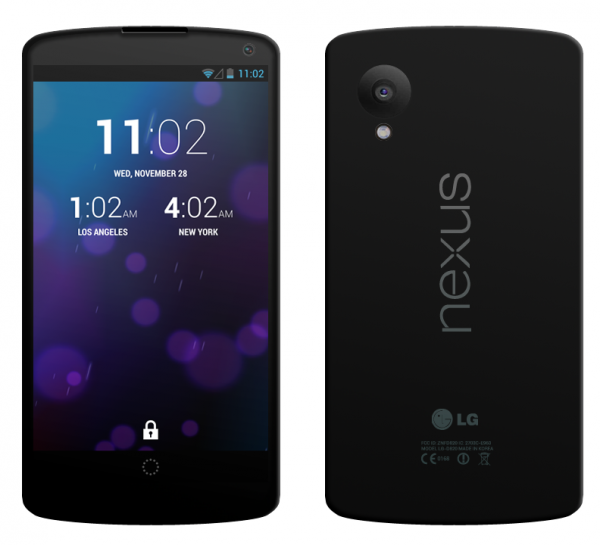 Nexus 5 specs has been leaked by Myce.com when after they succeeded to hands on a log from Nexus 5. There are numbers of interning confirmed specs for the upcoming Google’s smartphone through that log.

The Nexus 5 will contain a snapdragon 800 chipset, 2GB of RAM and 16GB of storage with 5 inch screen which is actually 4.97 inch coming in 1080p resolution. The phone run Key Lime Pie i.e. Android 4.4 KitKat (The newest Android operation system). The build version is KRS74H. 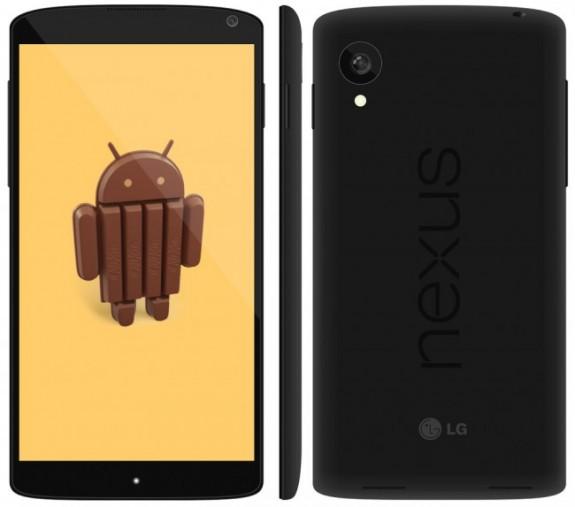 It seems like the camera has been changed to an 8MP snapper as like the Nexus 4 also got a lower resolution camera than the Optimus G. But the report about optical image stabilization is not yet entered but probably it isn’t coming. The Nexus 5 will have a 1.2MP front facing camera.

There will also be full set of sensors accelerometer, magnetometer, gyroscope, proximity and light sensors as well as a barometer. The FCC mentioned the phone length as 131.9 mm and width as 68.2 mm NS and there is no info on thickness.

The Nexus 5 is coming in wireless charging which will be built in but the battery capacity still has not mentioned in the logs. The battery is suggested as 2300 mAh unit. On other hand, Nexus 5 will pack dual band WiFi a/b/g/n/ac, Bluetooth 4.0, NFC and GPS connectively. The log file leaked on the Model, North American LTE bands and it is also expected to come in a Euro version too.

How To Download APK files from Google Play to desktop Pc