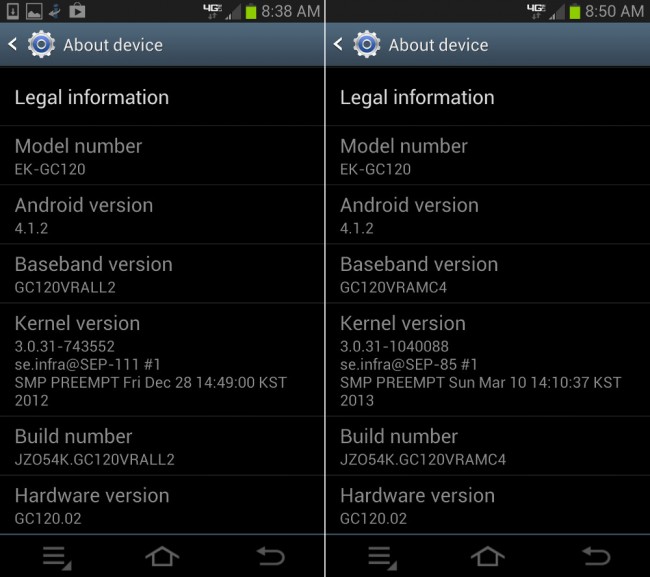 You might be quite please to hear this news if you are among the Stylish Samsung Galaxy Camera owners. The verizon’s variant has received a major new update which was not mentioned in any reports by the Samsung itself.  The update file is over 180 MB and starts downloading automatically if you have the Model EK-GC120. Not any confirmed reports suggest the update for any other carriers version of the Samsung Galaxy Camera. The owners of other variants of the same device may have to line up and wait for the update to hit their Camera as well. This is the unfortunately a down grade for Android users.

The amazing news about this update is that none of the involved companies ever mentioned anything about updating the camera software and with that huge file size of 180+ MB it’s always surprising. The update is injected but nothing seemed to be changing as it is still running on the old Android 4.1.2 version. 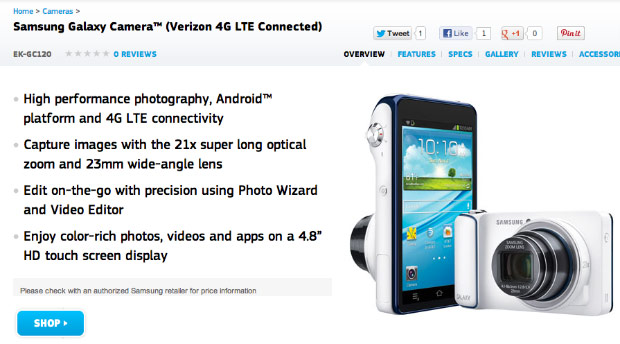 It suggests that it is more related to camera software update rather than much of an upgrade on the Android side. The users who have installed the update came up with empty views as if there is no new update that is to be noted. When the download message pops up for the new Update, it will start downloading even without your permission and ends up with a message of reboot. On the reboot screen it shows the “Upgrading Camera Software” message but after it there is nothing to notice about it. Everything is same as it was before adding a file of 180 MB.

Anyways we are still waiting for the official press release either by Samsung or by Verizon that what this stunt was all about. Stay tuned as we will gather some facts and return back.