The weird thing is that the more mobile device producers give people extra space on their Androids, the more likely it is that people will want to backup their files. There are lots of apps and services that allow you to do this. In fact, there are even options such as MircoSD cards so that you can back files up in a more physical manner. Here are a few Android apps to help you backup and restore your data.

Below are the detailed review of top 3 apps that I have found as the best Android Apps to protect, Backup and Restore your data for any Android device. The apps have been found working perfect in any version of Android.

The company that made this app were known for being a very good Android backup solution company. Back in the days when they had fewer competitors they were seen as the Microsoft of the backup world. Nowadays the interface is looking a little shabby and the competition has taken a lot of what they do and made it better. Some people find the interface of the free version a little too basic. 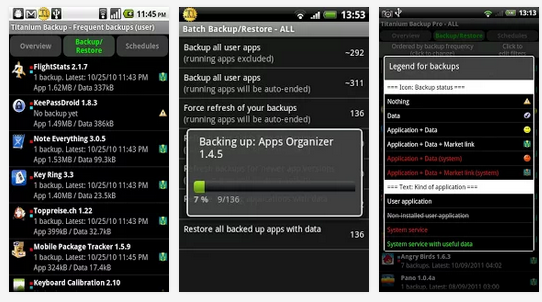 So why still use it? They are offering a free way to backup your files, and they are clearly not going anywhere any time soon. Whereas the newer companies could be bought out tomorrow of go out of business tomorrow. It is also fast and if you are used to the interface then you may not want to switch to another. Your Android has to be rooted to use this app and it is fast when backing up your files.

If you buy the paid version then you get different features such as multiple backups, an app freezer, encryptions and cloud backups. It gives you lots of little features and tools that some people have found very useful, and it upgrades your interface so that you do not have to look at such as basic interface anymore.  Download the Titanium Backup app from the Google Play Store from the link below.

This is an app that is not going to require your Android phone to be rooted, which is what a lot of other backup apps require you to do. There are many people who do not want to risk breaking their phone permanently for the pleasure of it being rooted. 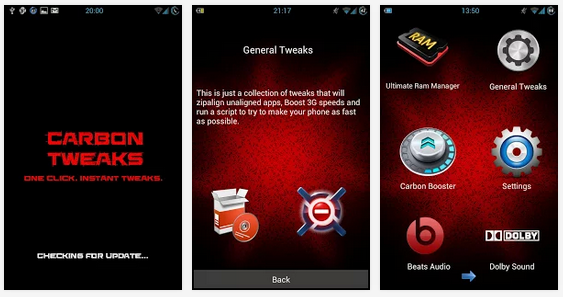 This is an app that will back up your apps very well. It is also good for backing up other things such as your phone logs, your sms messages and even your texting dictionary. There are many people who add to their dictionary and are going to be upset if they have to start re-adding terms such as “Lmao”. It is not the deepest of backups, for example, it is not going to back up your version of the Android operating system, but it is good for what most people need backups for.

The app can be downloaded from the Google Play Store from the link given here.

This is an app that has a number of tools, and amongst the tools you will find the Android phone backup. It is an easy to use set of apps that has a lot of features. The one you may be interested in is the cloud access, since it is going to allow you to backup your files on the cloud. But, to access the cloud files you will have to pay the fee in order to use it. 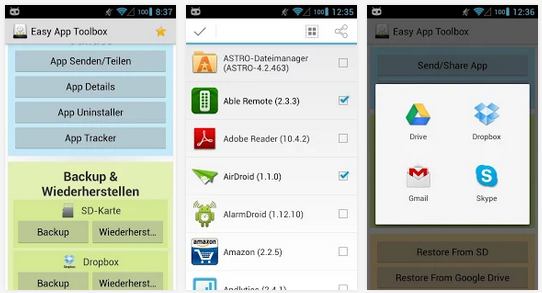 If you do gain access to the cloud then you can put your files in places such as DropBox and Google Drive, or it will allow you to save your files to your PC or your SD card. This app is more about backing up your apps, which means that if you want to back up files then you will have to do it manually or with a different cloud/backup app. The easy app toolbox will not save things such as your contacts or sms messages.

On the plus side, you will not have to root your device in order to use this app, and you can use the other tools on your phone too. For example, there is a very nice batch installer and uninstaller that you can use to install a batch of new apps, or to remove a bunch of apps to make space. The toolbox also has a weird function where you can send an installed app to a friend and have them install it on their phone too. Download the Android version of the Easy app Toolbox from the Google Play Store from the given link below.

Kate Funk is a freelance writer at http://www.aussiessay.com. She is mainly focusing on technology, gadgets and all the latest trends which are interesting for networking enthusiasts.