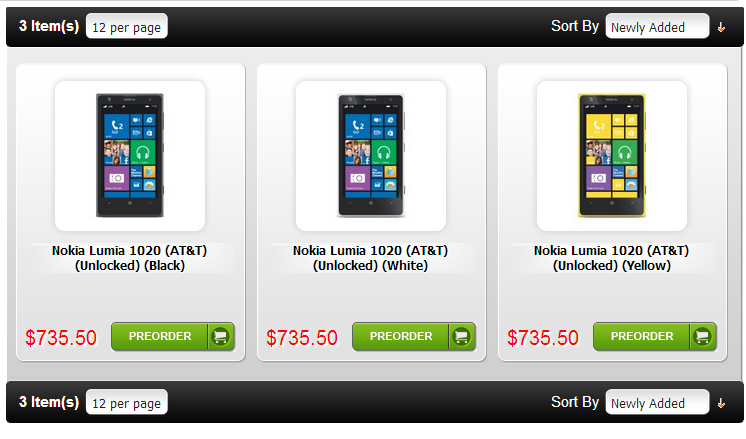 The most anticipated Windows phone the Nokia Lumia 1020 was officially launched last week and it has been now available online as some carriers have open the pre-orders request in many European countries. On the other hand the unlocked version of the device has been found available on a tech store named Negri Electronics, which has posted the offers of the  the pre orders for the unlocked Nokia Lumia 1020.

The unlocked Nokia Lumia 1020 devices are present in all three colors that is Black, White and Yellow. The price tag for the device is a bit steap, $735.50 which makes this the most precious Nokia Lumia device to date as it is undoubtedly the best camera phone of the world yet with the huge 41 megapixel image sensor and the Nokia’s very own PureView technology which is a trademark in itself has made this device as one of the most costly phones. Read some of the top tech sites praising words for the Nokia Lumia 1020 here.

On the other hand the 41 mp camera carrier phone will make to the markets of United States under the flag of AT&T on July 26th. The pre-orders are campaign will start from tomorrow  with the price tag pf $299 with the 2-years contract. You can order one for your self by visiting the AT&T online stores tomorrow.

For those who don’t know the main features of the device here are some for your notice,