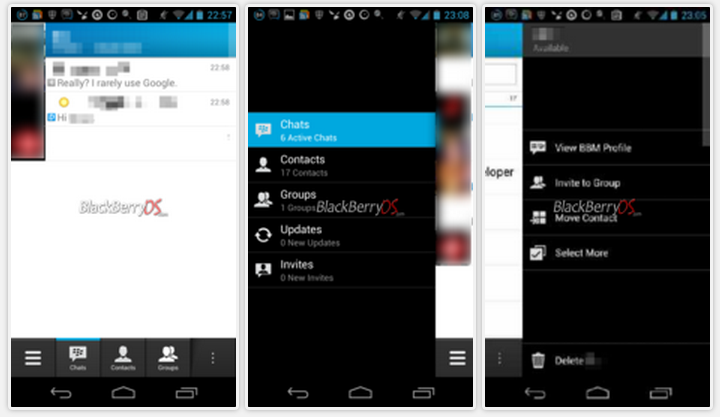 We have just heard the news last week from a BlackBerry GM in India claiming that BlackBerry is quite keen to introduce it’s very famous BlackBerry messenger on both iOS and Android platforms. This news is followed by the current leaked images surfacing the web which shows the BlackBerry classic messenger running on an Android phone which is most probably Samsung’s Galaxy S3 white.

This first glimpse of BB messenger on an Android phone shows that the BlackBerry messenger is ready to be adopted by Android users and the company is going to announce it soon. The leaked image posted on BGR by a hidden source claims that the app isn’t that bad. While we were expecting much more to be revealed by the source. 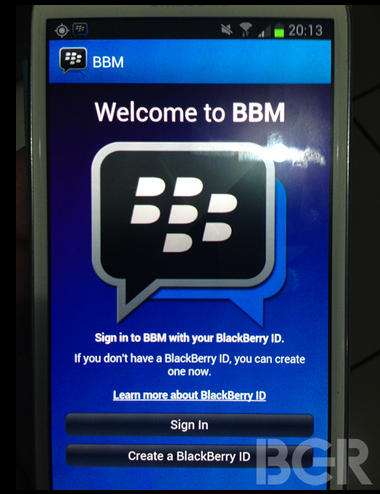 But if we turn around and  look at the history, the developers at BlackBerry has been working for over 2 years now to make this app available for both Android and iOS users and to revive their status of most used messenger app. We hope that this BBM app comes faster before we old fans forget our BB pins.