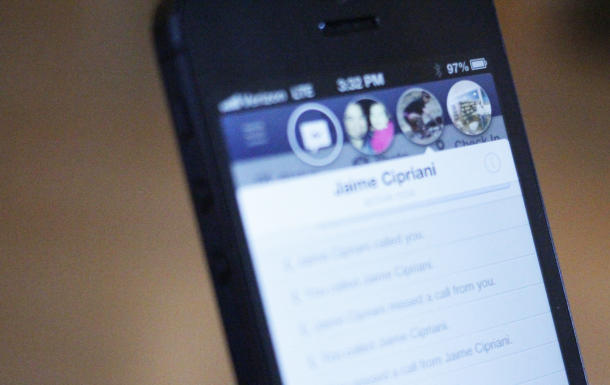 We have some good news for iPhone and iPad users as Facebook is blessing them with some new features as well. This is even more pleasent progress for all those iOS users who have been getting  jealous because of Facebook Home feature was made for Android devices only. The giant Social Networking company has mentioned in a press release that one of it’s main feature the facebook Chat Heads, which has been newly designed chat layout will be coming to iPhone.

Chat Heads is the new Facebook messaging app that will change the whole look of messaging, whenever you receive a message a small round  icon will pop up showing the user display picture he is using on Facebook. This pop up icon will remain on top of whatever you are using at that time.

We have discussed it earlier and that was the only cool feature that we appreciated in the whole Facebook Home campaign launched by Facebook for Android devices. Yet  there are no signs that iPhone would be receiving any of Facebook deep integration feature that Android users are blessed with.

There are reports that Facebook and Apple are in deep talks to resolve the issue of bringing a suit of Facebook apps and integrate them with iOS devices. In that regard the Facebook’s product director Adam has mentioned that they are looking forward to reach some conclusion, however Facebook wants to bring some more design elements of Facebook Home to the iOS platform. This new Facebook apps shows some good developing progress between two giants. 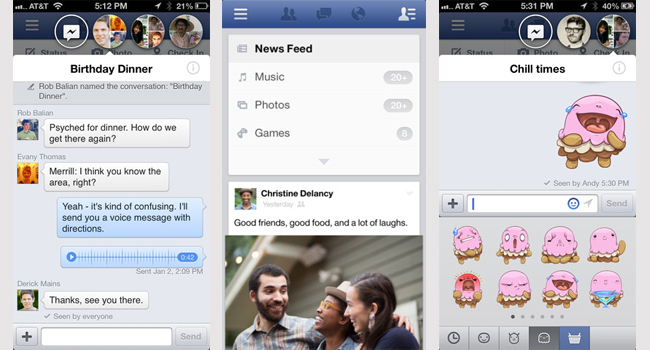 The Facebook app has just been updated for iPhone and iPad bringing up some cool new features and among them the most interesting is Facebook Chat Heads. This is the 6th update for Facebook iOS app which has been regarded as the most influential one. The new update has following new features injected into the official Facebook app.

Brand new ways to chat and a cleaner look for News Feed.

New for iPhone
• Keep chatting from anywhere in the app with chat heads
• Send stickers to liven up your messages
• Explore new feeds like Music, Photos and Games

Chat heads and stickers will be available to everyone over the next few weeks.

You can download the update right now by following the given link. Hope you will love this new chatting look of Facebook messenger do let us know about it. Meanwhile have a look what you will have after updating the Facebook app on your iPhone. 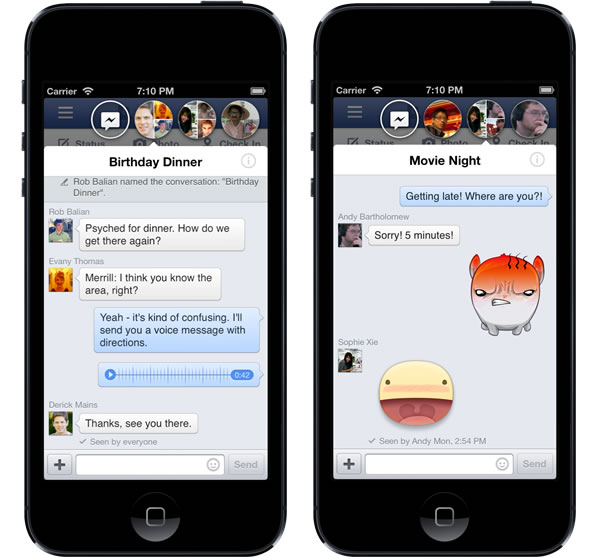 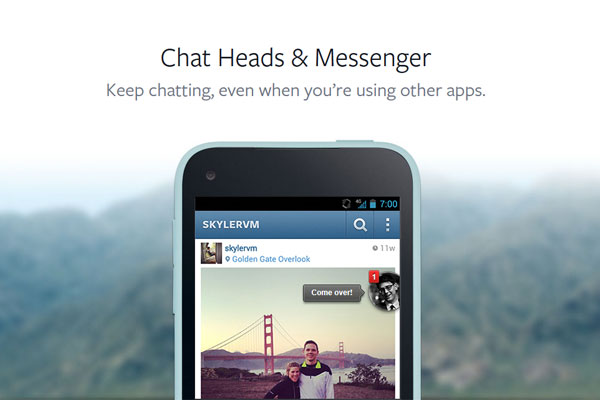 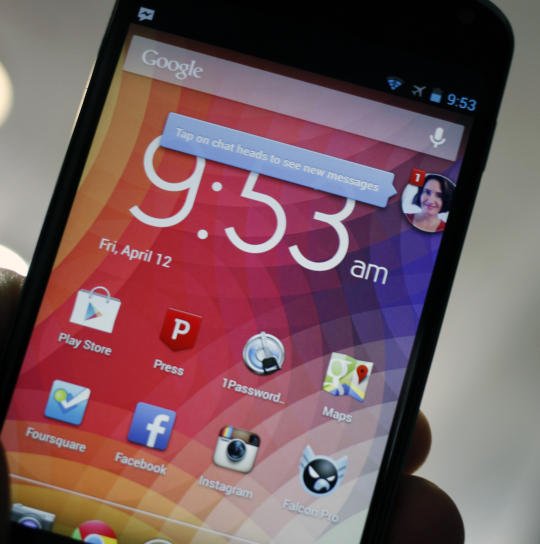 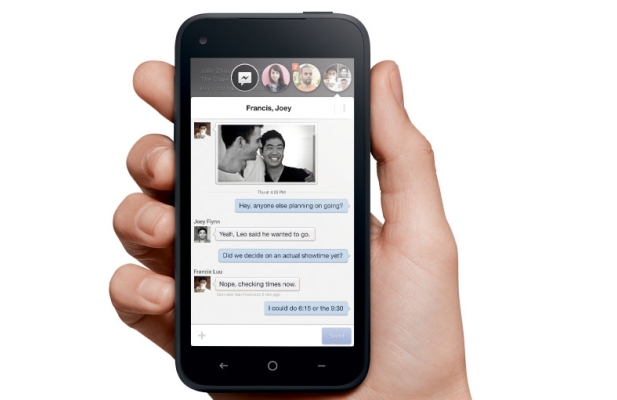 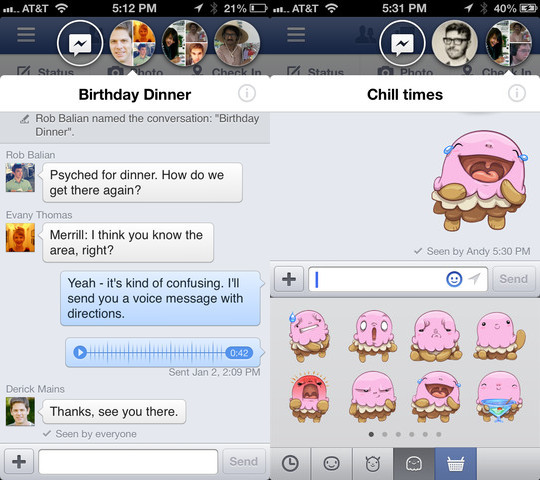 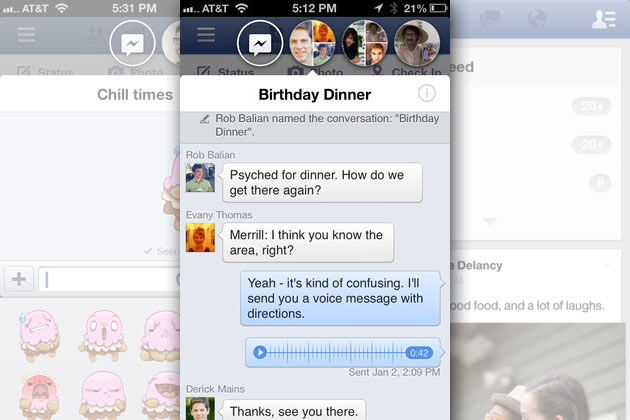