Beside the release of Android 5.0 L with the whole new user interface and awesome features the developers at Google have some more plans to unveil yet. The Google Inbox 1.3  has got the new official update today just to enhance the new Gmail reciprocal app for all the Android devices  as it is the new email system from Google for all previous Gmail users on all platforms. We all know that the Gmail was launched in 2004 and after 10 years we have the new Email system from Google the Google Inbox, which has one unique aspect with Gmail and that is, Subscribers have to request for the invitation.

But some how we dig up the Google Inbox 1.3 Apk in other words the Gmail Inbox 1.3 apk for our readers to experience this app as well on their devices. But to use it properly you have to get an invitation by some one who has it and thus you will be able to synchronize your Gmail account with this latest Google email system The Google Inbox. The app got the same Material design reel as seen in many apps for Android 5.0 L including the recently leaked Gmail 5.0, Google Play Music, Google SMS/ MMS Messaging app and the Google Fit app.

This new featured app has been a fruit of the recent Google Project Bigtop which has been always in the under processing event in the Google Labs for years now. This new app or Email system will make your messages show up like the threads in a to-do list as seen in other apps like Google Now. These messages can be automatically grouped in a bundle based on their content. This feature was previously introduced in the Gmail for desktop as well.

Thus the Bundles can be ignored or dismissed as one, making it easier to manage, say, a ton of PayPal messages from a recent shopping spree. The system also includes reminders and a “snooze” functionality, along with more standard stuff like a search box. The whole thing includes a lot of little touches that will remind you of Google Now. As we mentioned earlier that the Inbox for Google is an invite based program so you should contact with the developers at inbox@google.com and send a request for an account or if you are lucky search for the request online. 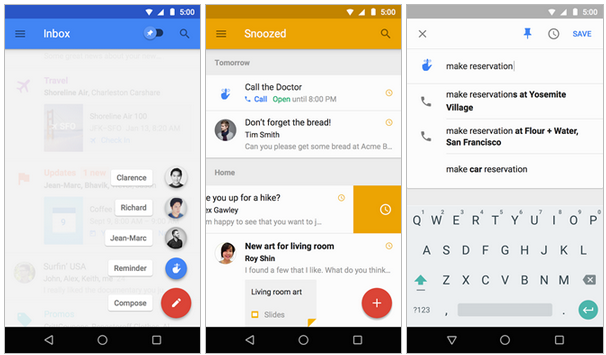 1- First of all download the Google Inbox 1.3 app Apk from the link given Below.

4- Once done enjoy the latest Google Inbox 1.3 for the emails and more information. 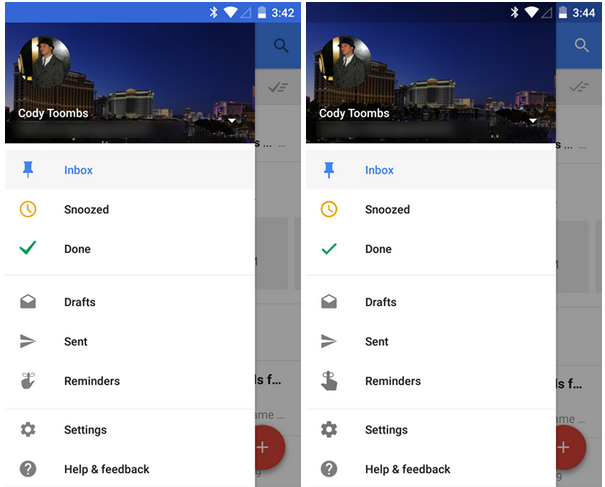 Hope you would love this app. Don’t forget to share this awesome tip with your friends by sharing this post on clicking the sharing buttons below. Also Stay tune and follow us on Twitter, Facebook or  Google +, to know more tweaks and tips.