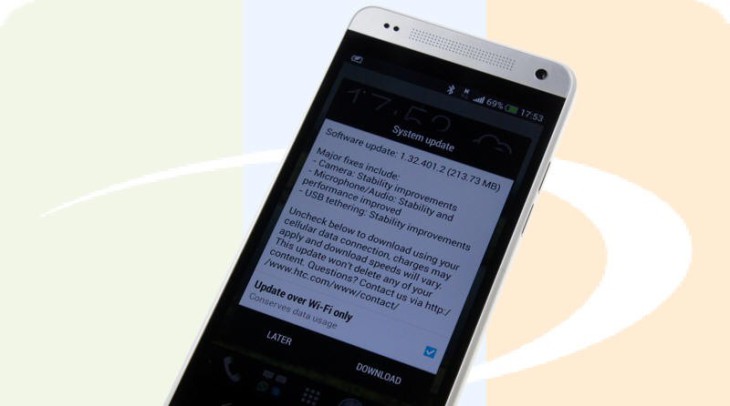 HTC made up an update for HTC One Mini.

Update has improved the performance of the microphone and audio and it also made the USB connection fast. HTC One mini mainly focused primarily on the stability of the camera by receiving a software update. We expect that the update contains further improvements and changes.

Have you received the update notification on HTC One mini? The update size is 213.73 MB with version 1.32.401.2. If you want to know the camera innovations then go to the settings of the camera after the installation of update. You will find the new way of shooting anti shake. You will also be able to stabilize the image.

Currently we don’t have more details that what changes are made on update. Have you noticed any other changes other then mention above?

HTC to Make Nexus Phones for Years to Come