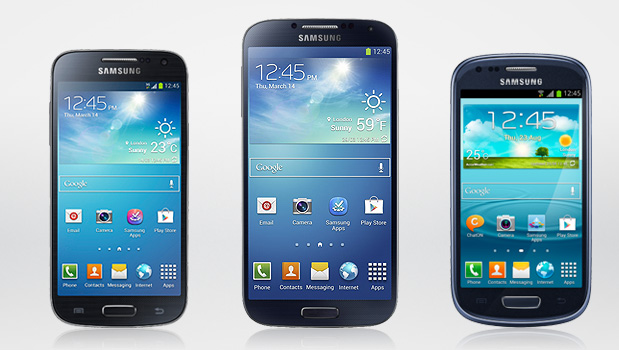 You might think why Samsung is the top seller smartphone manufacturer in the whole world? The answer to this is that they make smartphone in every possible size and shape. They know the rules of dominance as the milk the most out of their best flagship devices. Just take Galaxy S4 as an example, The device itself is no doubt the most powerful smartphone released in year 2013, but what Samsung has done is the introduction of it’s variants including Samsung Galaxy S4 Mini which has been unveiled in a press release a couple of days ago.

Samsung did the same with their previous successful smartphone of the year Galaxy S3, by introducing it’s smaller version named Galaxy S3 Mini. We have put the past and the future products all together to measure what is actually different between these Samsung Smartphones, in this detailed specs Infographics which was originally made by AndroidPit, showing a comparison between Samsung Galaxy S4, Samsung Galaxy S4 Mini and the older Galaxy S3 Mini.

The Samsung Galaxy S4 mini is found to be much more powerful as compared to it’s older mini cousin the Galaxy S3. However you can find more design and dimension changes below.

Hope you will find it quite easier now to choose between these devices according to your preferred needs. My personal is obviously the bigger Galaxy S4 as I have no problem with the size after using Galaxy S3 for last 9-10 months. Anyways feel free to comment below and follow us on Facebook, Twitter and Google +.