Sports entertainment captures attention, unlike any other live broadcast program in TV history. Whether it’s the Super Bowl Weekend, a massive UFC fight card, or a unification bout in heavyweight boxing, you can be sure millions of fans like you are tuned in to the same event from all over the United States, and sometimes other parts of the world as well. In fact, access to sports entertainment can often make or break a buying decision when it comes to a TV subscription.

Consumers can go either way between Spectrum mobile plans and FuboTV depending on what sports channels are available in the plan’s lineup. If you’re considering a subscription service based on your appetite for sports entertainment, this blog is exactly what you need to help make an informed decision. Here are some of the best options currently available inside the United States:

Charter Spectrum is one of the largest internet, cable TV, and home phone providers in the United States of America. The provider currently has a footprint spanning 40 states, with its services available to over 100 million homes across the US, as well as a large number of businesses with even more demanding internet needs. Thanks to early investment in upgrading and expanding its infrastructure, the provider has consistently improved its high-definition cable TV services. 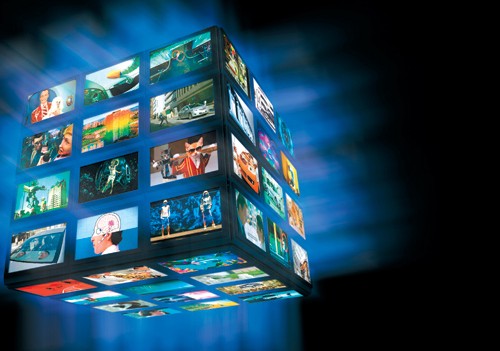 The best TV plan the provider currently offers is Spectrum TV Gold. This premium plan grants you access to all sorts of exclusive content and privileges, including access to some of the best sports networks (and their streaming apps) in its 175+ channel lineup. The TV Gold plan comes with a great selection of regional and college sports as well. For subscribers who want a healthy selection of diverse entertainment to complement their sports appetite, this is often the go-to choice.

Sling TV is not a conventional TV provider, as far as TV services and channel lineups are concerned. Sling TV is actually a live TV streaming service. It was one of the first streaming platforms available to cord-cutters that offered access to live TV as an alternative to conventional cable or satellite TV services.

Sling TV is best-known for its customizable channel lineup, something you don’t normally see with conventional TV providers. Sling TV has a much smaller lineup in the basic plan, but it has room for you to add on several channels to enrich your live TV streaming experience. These add-ons include specific sports channels that can offer coverage of most major sports events. However, you may be unable to watch local or regional sports.

FuboTV is one of the best subscription services on this list as far as sports entertainment is concerned. The live TV streaming subscription platform has one of the highest subscriber bases in the country. Thanks to a core focus on offering as diverse sports entertainment as possible, FuboTV is hugely popular with sports fans of all demographics. Its large channel lineup has over 35 sports channels included, which means you can access all but the most exclusive sports events via the convenience of live streaming.

Hulu was one of the earliest movers in the on-demand entertainment streaming industry. Since the very beginning, it has rivaled other giants like Netflix and Amazon Prime Video for streaming supremacy. However, Hulu also offers a live TV streaming module, unlike the two other streaming services. Hulu Live offers access to live American pay-TV broadcasts from major networks all over the country. The selection of sports channels is limited to around 15, but all of these are high-quality networks that cover popular sporting events happening in the US and elsewhere.

YouTube, now owned by Google, is a pioneer in internet streaming. The platform is a video search engine in its own right, with search volumes second only to Google itself. The platform has consistently garnered a bigger user base each year and has now branched out into live TV streaming as well. This makes sense given YouTube’s extensive experience as a streaming service with billions of daily users.

The channel lineup isn’t very fleshed out, but it still contains a healthy percentage of sports networks that ensure you don’t have to keep a cable TV subscription in addition to your YouTube TV subscription.