Japan has again nominated as the country with the worlds fastest internet connection available for the general public. This time Tokyo has been acclaimed for an outrageous internet speed of up to 2Gbps for commercial users.

A well renowned Japanese company Sony has their own ISP named So-Net, which has launched its very own “Nuro” package for the residents of the Tokyo city. The packages are different including 2Gbps as the fastest yet and has been regarded as the fastest Internet connection in the world. The So-Net network utilizes the infrastructure provided by the Japan’s very own GPON network (Gigabit-capable Passive Optical Network) which supports the fastest network with the use of latest optimized internet cables.

The besides the fastest speed the company also offers the cheapest rates as compared to what U.S. Fiber optic consumers are paying for faster internet in their country for a speed half of what Japanese company is providing. So-Net offers the 2Gbps unlimited plan for only $50 per month which is remarkably low as compared to the fastest US internet service providers like Google Fiber which offers a 1Gbps for $79 while the Verizon FiOS charges $129 for it’s low end 150Mbps. 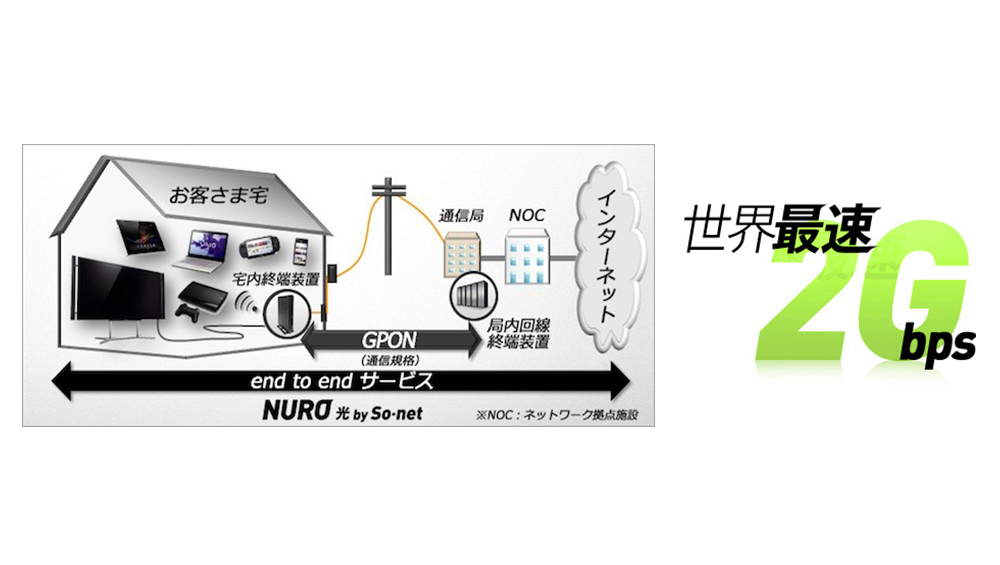 But besides this affordable price there are some mandatory proceedings which includes a one time installation fees of $540 which is essential for the accessories used in linking you up with the network, and the customer must also sign a 2 year contract which helps in company’s further expansion to other parts of the country. Japan also have an overall fastest internet service provider companies in the world.