If you’re a fan of Volvo, then you’re probably familiar with the Polestar name. In the past, these have been the top-of-the-line variants of the German automaker’s vehicles, often outfitted with high-horsepower powertrains and ultra-refined interiors.

However, it has now evolved into its very own brand, though it is still closely related to Volvo, since they share the same parent company. Focusing on delivering EVs that will compete with the best of the best, the new automaker has released the Polestar 2, which goes on sale in the USA for an MSRP of $59,900. 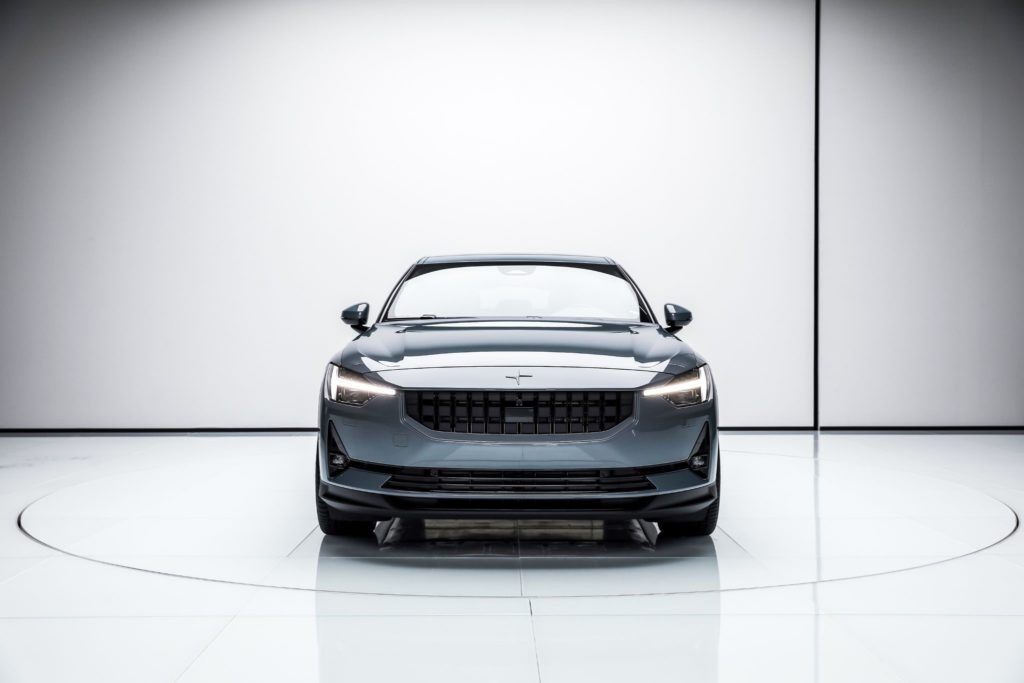 A look at what makes it tick

Powered by a 402-hp dual-motor setup, the sedan is able to sprint from 0 to 60 mph somewhere in the brisk mid-four-second range. It won’t be chasing after the Tesla Model S Performance, but it certainly won’t disappoint those who simply want a good daily driver. With that said, it also falls behind the EV king with a maximum driving range of around 260 miles – more or les. But, so long as you aren’t planning any cross-country trips, it’s more than adequate

It is an attractive car, though, following similar trends to other electric cars by deviating from standard grille designs and having a little fun with the exterior LED lighting. Still, the lack of an SUV or crossover option from the brand may hurt it in sales.

Is a new sedan what we really need?

Just about every automaker is making the move towards electrification, so we will be seeing a lot of sedan and coupe models being added to the list of available EVs. These will be already established nameplates with their own followings, so we have to wonder if a new electric sedan is really what Polestar should be opening with.

It is no secret that the most popular cars in America are practical high-riders of the SUV and crossover variety. Even luxury brands have been pulling their traditional sedans off the market, after the hatchback segment all but went extinct. Old-fashioned three-box configurations simply do not have the spacious rear seat and impressive cargo capacity that most buyers are looking for. 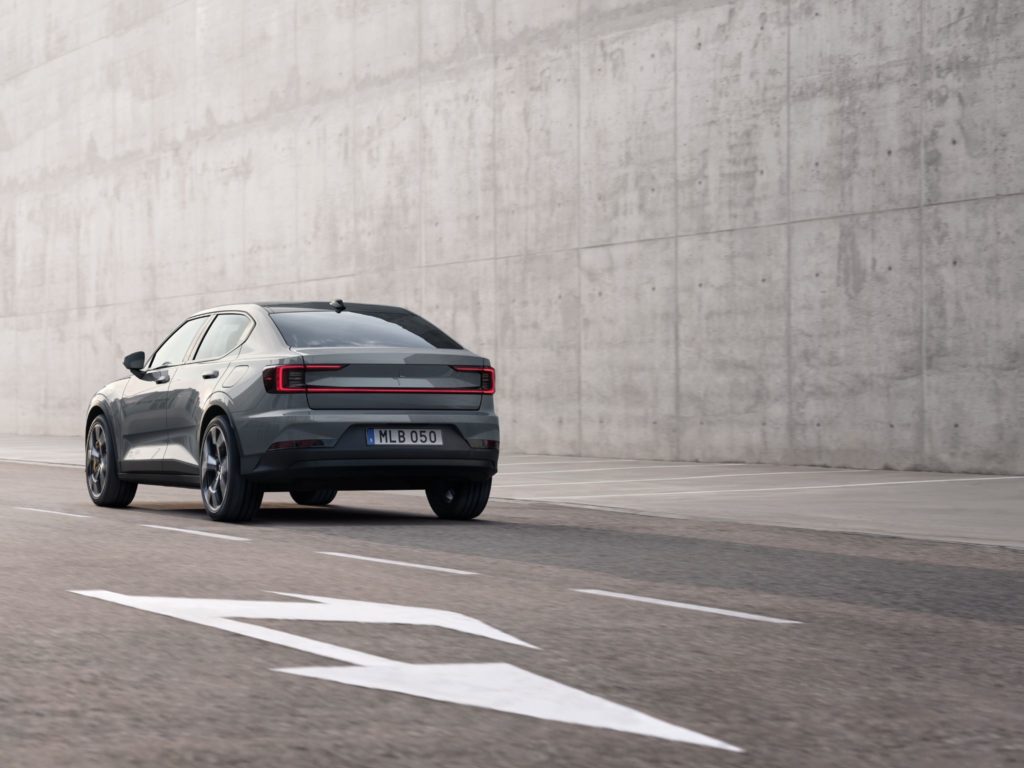 It can’t be denied, however, that a sedan is still the cheaper option. At least, that would be a legitimate argument if it weren’t for the fact that the Polestar 2 is competing in the luxury segment. Even for a midsize, it’s asking for a lot of money. So, what it really boils down to is, does it have enough standard features and value to warrant the price?

Everything but the kitchen sink

Polestar is certainly living up to the reputation it accrued while working alongside Volvo. The new sedan has a stunning list of standard tech. The standard WeaveTech upholstery may not be quite as luxurious as you’d expect, but Nappa leather is available. What will really draw your attention, though, is the large infotainment touchscreen. It comes programmed with Apple CarPlay and Android Auto and is paired to a high-quality Harman Kardon sound system.

On the safety front, adaptive cruise control, driver support, a surround-view camera, and Pilot Assist are all built-in from the get-go. This should see the Polestar standing up quite nicely in comparison to its many rivals. The heated front and rear seats, a quartet of USB chargers, and hands-free tailgate just seem like icing on the cake.

Riding with the big boys

The EV segment may be a relatively new one, but it’s already starting to get saturated. Tesla is definitely the biggest name right now, but it’s not the only automaker to make an impression. The Nissan Leaf and Chevrolet Bolt were successful in their own rights, and Chevy has announced several upcoming electrified versions of existing nameplates. 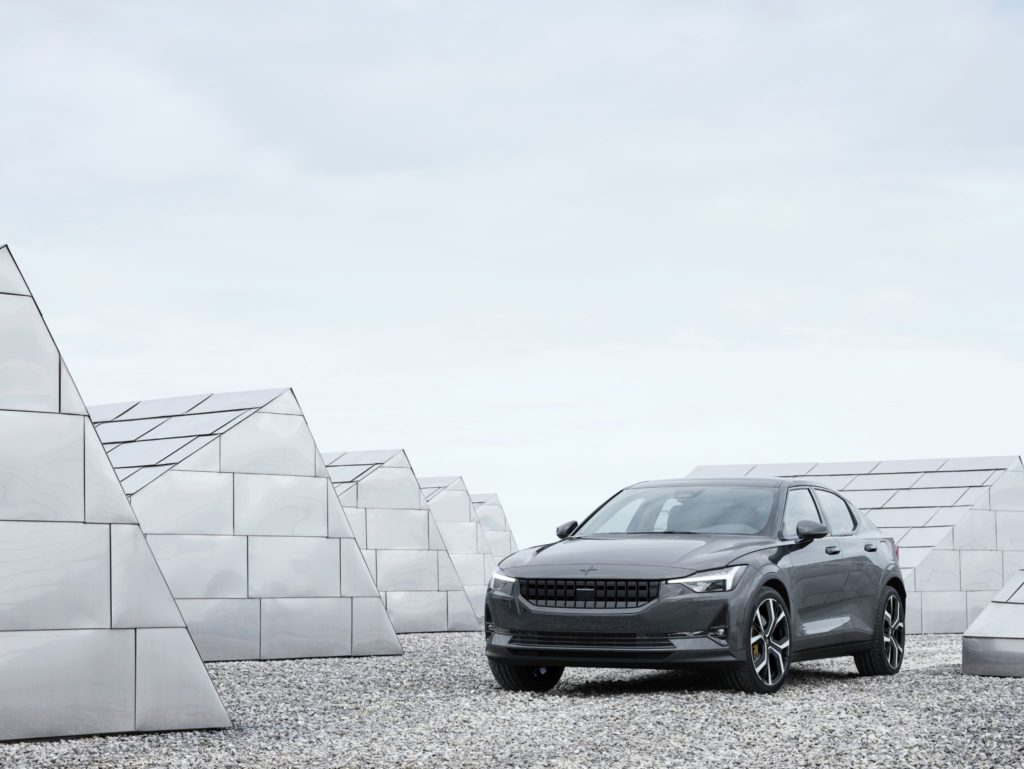 However, the Polestar will be competing in the premium market, so it will be going up against the likes of Tesla and also Volvo and Mercedes-Benz. The latter has announced a whole new line of vehicles built on its EQ platform, which will include the EQS. Other rivals the Polestar 2 will have to best on to steal away some market share include: