Recently RIM has released its famous BlackBerry Messenger on both Android and iOS platforms and the users on these OS platforms has welcomed it quite well. In first 60 days of availability the number of downloads for BBM has crossed 40 million mark on both iTunes and Google Play stores.

This has been the best news for the BlackBerry’s fiscal year as the company has found itself in loss in all other departments. The loss has crossed the $4 billion maekr and the shares also dropped over 50 percent as compared to the figures on board last year. The recent 3rd quarter report indicates a total of over $1 billion loss digging a deeper whole in the company’s yearly bugget.

This tends the Candian company to parntner with off shore companies heading to China’s famous gadget manufacturing firm the Foxconn which will build the future BlackBerry devices. This will help BlackBerry to focus on more local devices than the one made for the business class specifically as the majority of the class has moved either to Apple or other Android devices. The arrangement allows BlackBerry to retain the name and rights to its product lineup while reducing its hand in the actual hardware portion of the business. 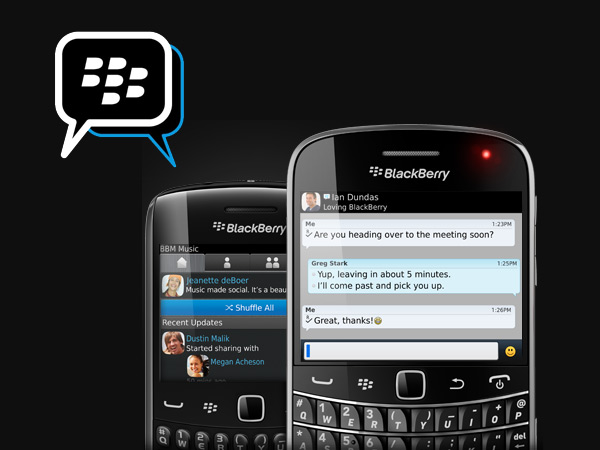 This partnership with Foxconn shows some hope for the dying phone manufacturing giant. But the question is still the same, will this be enough for the company to get back on track or the famous BlackBerry will be history. Though the hope is still alive with the ever increasing BBM users on iOS and Android platforms. The company can start some advertising options to gain some more from these newly added users of their most famous messeging app.

Between a deal with Foxconn and decent performance by BBM on third-party platforms, can BlackBerry make a comeback? The future reports will show if this is a good decesion by the company or they have to think about other options.