The Samsung Galaxy Note II is arguably the biggest star of the IFA 2012 and many were wondering if the second-gen phoneblet will actually be worth the hype. And what better way to see if the Note II delivers than to compare it to the Galaxy S III best-seller.
The Galaxy Note II has undergone a complete redesign, and now looks like a proper bigger brother of the Galaxy S III. But is the bigger screen, the S Pen and Android 4.1 Jelly Bean be enough for the Galaxy Note II to steal the show from the company’s current Android flagship ? 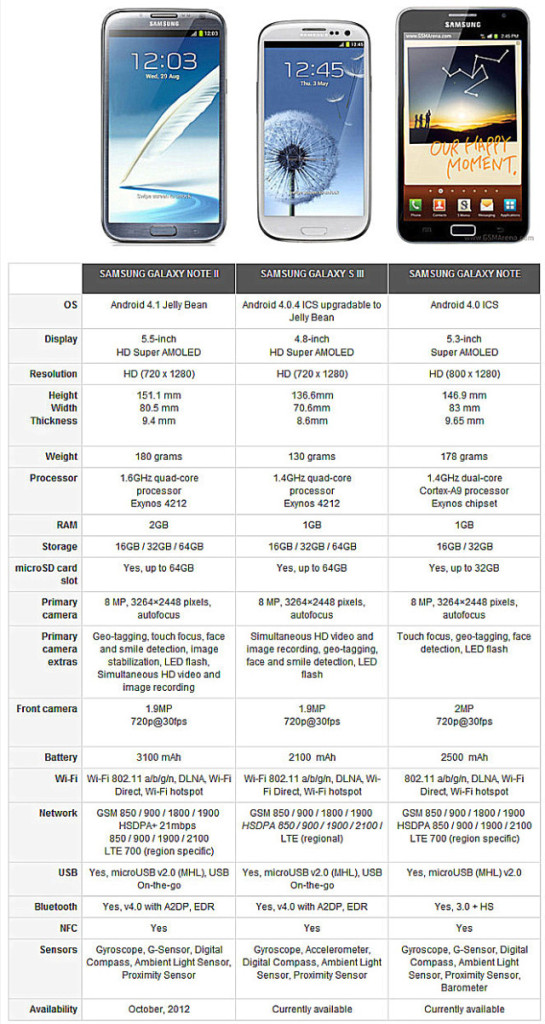