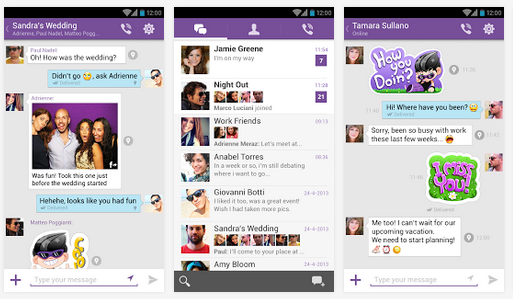 Viber has been updated yet again with the new looks and feel for Android platform. The new Viber 5.8.0.1730 supports both the Viber for Mac and Windows platform. The App is loaded with bundle of new features and customization and is made available for download. The new features include the possibility of drawing any image you want and then send it to your friends.

The new Viber 5.8.0.1730 Apk has been added the features which we have seen in Facebook messenger or chat, It will let you know while the chat that your contact has seen your messages or not. The app is also loaded with a bundle of new emoticons and a list of new stickers have been also added in the new version of Viber for Android.

These new features have made it one of the fastest growing Android Messenger app which is much more stable and is used by vast majority of Android users. Beside there is also the Viber application for Windows as well. The Windows 7 app is still in basic design while the one for Windows 8 has been loaded with the same features. So you can also communicate between your Android device and any one using the same app on their Desktop PC or MAC. The a new User Interface, redesigned looks make you able to transfer live calls, videos messages and more,  between two different devices. 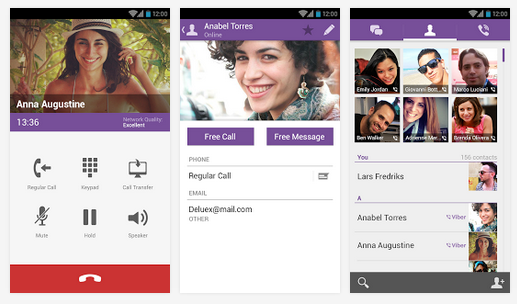 The Viber 5.8.0.1730 Apk has been made available for free so that the users can communicate with each other for free only with the internet connection available in their smartphones. You can download the new Viber updated app from the given link below.

You can even download the latest Viber version for Google Play Store by hitting the link given below.